Full Review At The Awards Circuit

Full Review At Next Projection

A short video made up of footage — most of which we weren’t able to use in American Revolutionary: The Evolution of Grace Lee Boggs. 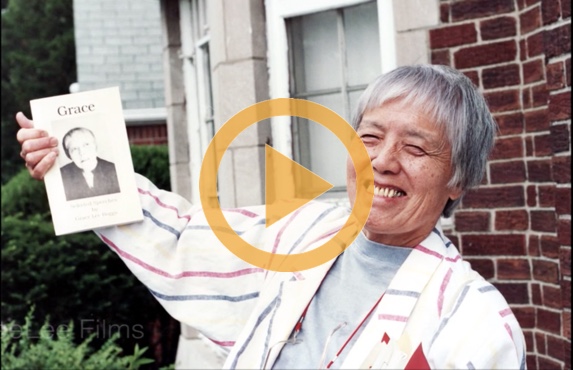 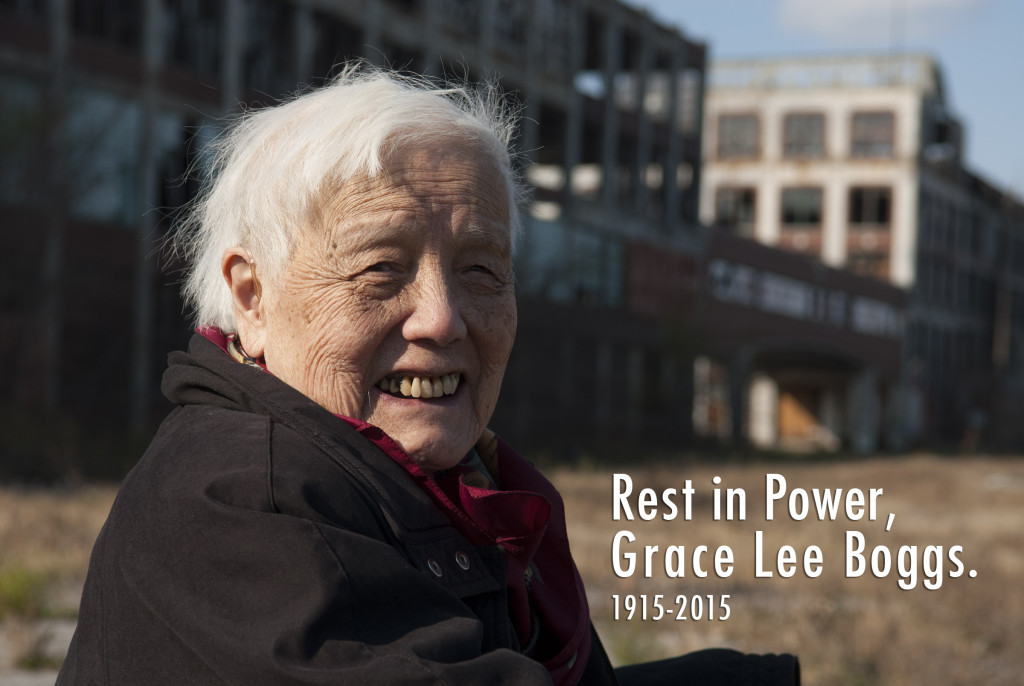 Grace Lee Boggs passed away peacefully this morning. We are so grateful for the vision of justice and human connection that she gave us and feel incredibly privileged to have been able to share her story with others.

POV is streaming the film for free until Nov 4: www.pbs.org/pov

We’d love to have you reflect on what Grace means to you. Share on social media with a statement or photo or video (use your smart phone) and use the hashtags #GraceLeeBoggs100 and #AmericanRevolutionary. We will select a few to highlight on our own social media and if we do we’ll send you a FREE copy of the film soundtrack.

Or, you can also share this clip from the film and wish Grace a happy birthday. Is your imagination rich enough?

American Revolutionary is the proud recipient of a George Foster Peabody Award, recognizing excellence in “stories that matter” in electronic media. The awards ceremony will be May 31, 2015. Stay tuned!

American Revolutionary is available to all Comcast digital cable customers with On Demand.

Viewers should click on the “On Demand” button, and then look under the “Movies” folder. Look for the “Cinema Asian America” or “Documentaries” folder to rent the movie for $4.99! Comcast is available in many TV markets. Thanks for spreading the word!

Thanks to Sundance #ArtistServices, we are now available on Itunes, GooglePlay, Vudu and Amazon Instant Video for personal home use. Click on the WATCH THE FILM tab for the links. Educators, please use the link to our educational distributor for purchase. We will also be on Comcast ON Demand for the month of February.

I had a chance to visit Grace Boggs this weekend in Detroit with another mutual friend, Julia Putnam of the Boggs School. As many of you know, Grace has been in hospice care since September. We held hands as she talked about subjects as diverse as aging and dying, growing up Chinese American in Queens in the 1920s, and how we need to listen to the young people of Ferguson. It was a strain for her to speak, but at one point she expressed how nice it was for us to be there with her. I’m sharing this story because Grace’s close friends have set up a trust to help defray the expenses of her very costly long-term 24/hour care — which allows her to make her final transition at home, surrounding by those closest to her. Please join me on Giving Tuesday (which follows Black Friday and Cyber Monday) and consider making a contribution to someone who has spent most of her life fighting and providing so much for others.

American Revolutionary will make its television debut on PBS as part of the POV series on June 30th. Be sure to check your local listings and tune in!
Then watch the post-broadcast discussion with director Grace Lee on July 1st!

AmRev has partnered with Tugg, an organization that allows community members to organize their own US screenings in existing movie theaters!  All you have to do is meet the required number of guests to secure the event. You can learn more about the process here. 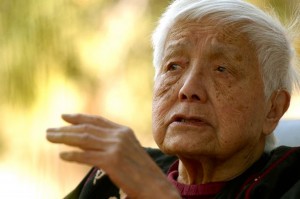 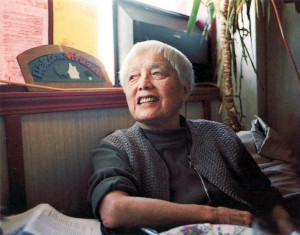 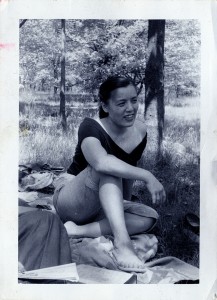 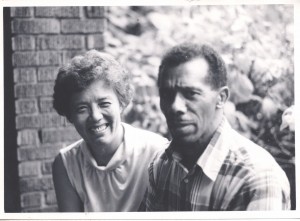 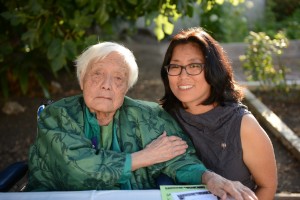 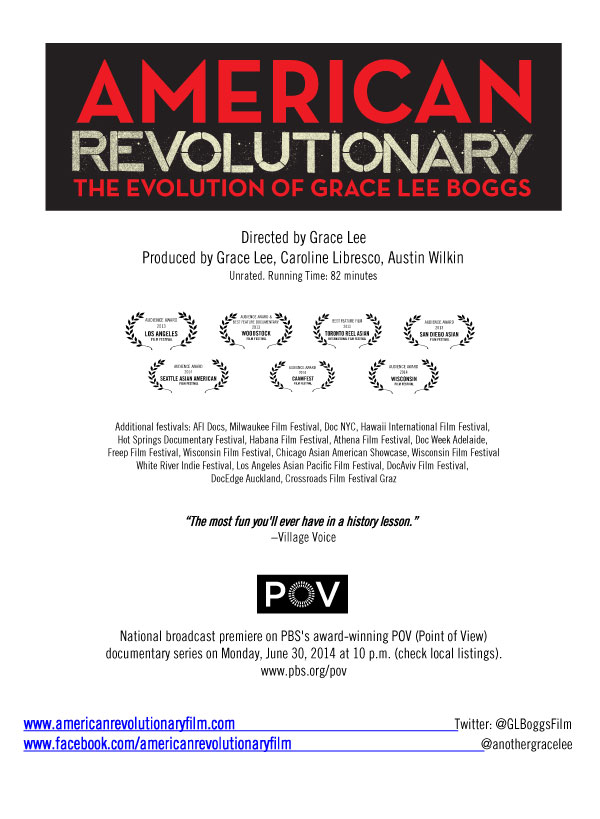